Impact of Green Roofs on Energy Demand for Cooling 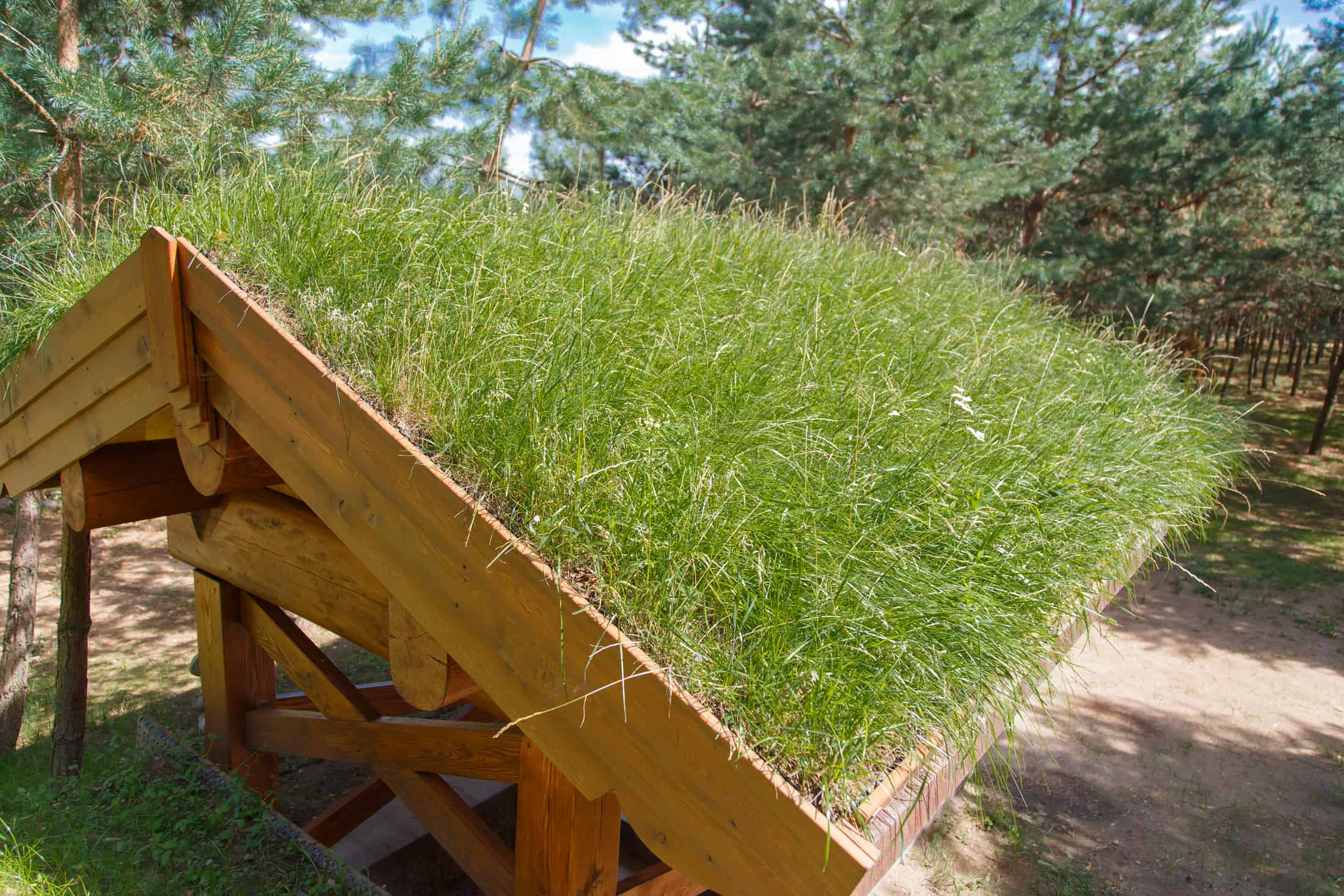 Green roofs are becoming increasingly popular as a way to reduce energy consumption in buildings. They reduce the energy requirements for space conditioning, heating, and cooling. They also reduce carbon dioxide emissions. If you are considering adding a green roof to your building, here are a few advantages to consider.

The energy required to cool buildings is reduced when the roofs are covered with greenery. This effect is particularly important in hotter climates. Researchers in Aswan, Egypt, have shown that the use of green roofs reduced cooling energy by more than 39%. This is true for all soil depths and thermal conductivity levels. While the energy saved by green roofs was not as significant in other cities, the fact that they are effective in hotter climates shows that this technique is worth considering.

Green roofs also reduce energy consumption by reducing the amount of hot air entering a building. The reduction in heat flux is the primary goal of green roofs, and there are several ways to achieve this. One of these ways is to install thermal insulating materials under the green roof layers. The effect can be significant and may even offset the building’s energy demand. In fact, the National Research Council of Canada has published a report on this subject.

Green roofs not only create a more aesthetically pleasing environment but also serve an important purpose when it comes to stormwater runoff. By absorbing and then limiting the amount of runoff, green roofs can actually reduce peak flow rates by up to 65%. This means that it would take up to three hours for the water to reach the sewer system – which is obviously a major plus. In addition, green roofs provide a natural habitat for local wildlife and can even be used as recreational green spaces for people to enjoy.

Green roofs can also reduce solar radiation and heat gain. Their increased thermal mass can help the building absorb heat during the day and release it slowly at night. Green walls and roofs can also improve the performance of HVAC systems. By shading outdoor HVAC units, green walls can reduce the operating temperature and make them more efficient. Further, dense vegetation can be planted near HVAC air intakes. This cooler air requires less energy to condition, reducing energy consumption associated with cooling.

One method to reduce heating energy demand in buildings is to install green roofs. These roofs moderate the heat flux through the building envelope. Several variables are involved, including the design of the green roofs, the type of soil, and the air temperature. The following are the results of a study on the efficiency of green roofs.

Green roofs are a cost-effective solution. Studies show that they can reduce winter fuel bills by up to 10 percent. In fact, one study showed that green roofs could reduce the cooling demand by up to 6% in buildings with upper floors. The savings were even greater for two-storey buildings.

The most successful green roofs were assessed for thermal performance when the soil depth was 0.1 m. These roofs were compared to traditional models in selected regions, and results were evaluated by means of operative temperature and mean radiant temperature on 15th April.

Another major benefit of green roofs is their ability to reduce the urban heat island effect. The vegetation on a green roof absorbs solar radiation, reducing the temperature of the building. This reduces the energy demand on mechanical systems and allows the building to cool more efficiently. This effect is particularly valuable in buildings with a high roof-to-wall ratio.

Green roofs and walls have the potential to reduce energy demand for space conditioning. They can be strategically installed to minimize heat transfer and shade outdoor HVAC units. This makes HVAC units more efficient by reducing the temperature at which they need to operate. Dense vegetation can also be located closer to HVAC air intakes, which can result in cooler air that requires less energy to condition.

There are many benefits to installing a green roof. It can reduce energy use, improve stormwater management, and increase the value of a building. Green roofs also reduce noise and electromagnetic radiation. In addition to reducing energy demand, they also reduce the effects of urban heat islands. Furthermore, they are beneficial in treating mental health conditions, such as depression.

In addition to reducing energy use, green roofs can reduce air conditioning bills. The National Research Council of Canada has published a report on extensive green roof installations. The researchers found that the reduction in cooling energy consumption is dependent on the soil depth and thermal conductivity of the soil.

The results from this study indicate that green roofs can reduce the energy use of schools. The researchers used a thermal simulation tool to study the energy impact of various green roof types on school cooling loads. The estimated energy consumption based on changes in soil depth and thermal conductivity showed that green roofs can significantly reduce energy demand.

A study shows that green roofs can lower energy demands by up to 75%. Not only does this save energy, but it can also lower the temperature of buildings – especially in spring – better than any other type of roofing system.

Green roofs are known to have a number of benefits, including energy savings and heat island effect mitigation. They also help to sequester carbon dioxide. The plants and growth media on green roofs absorb carbon through biological processes. This reduces emissions from power plants and furnaces. In addition, green roofs are excellent insulators, reducing heating and cooling needs.

The life of a green roof membrane is increased by a factor of two or three. This means that a green roof may last up to fifteen to twenty-five years. Additionally, green roofs save carbon from the production of new materials and avoid waste volume and transport. Hence, green roofs are a valuable investment for many building owners.

A green roof can also help protect terrestrial and freshwater ecosystems. It is also helpful for the preservation of historic buildings and monuments. It also reduces energy costs. However, there are certain challenges with green roofs. Unlike grass seed, green roofs are more complex to install.

The researchers at Berkeley Lab in California also conducted a study to calculate the carbon dioxide offset generated by a green roof. They used a global land surface model from NASA Goddard Space Flight Center, which includes information on surface variables. The results of this study show that a green roof could offset approximately 26 gigatons of CO2 annually, which is an incredible amount.

There are many other ecological and social benefits associated with green roofs, including reduced energy use. These benefits can contribute to improved health, better air quality, and reduced carbon dioxide emissions. Green roofs are a critical component of urban development planning. These green roofs can benefit both the private and public sectors.

Our team can assist you with the utmost integrity. Call Today For a Free Estimate!

Schedule a free Inspection/Estimate and Don’t forget to ask us about our Spring special! just visit this link https://easternext.com/contact/ 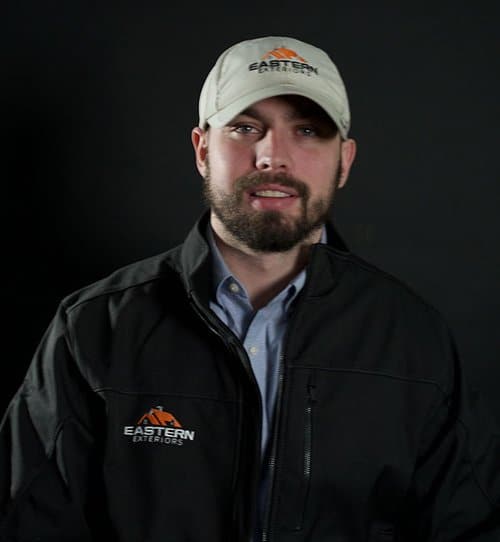 Kyle Houck is the President of Eastern Exteriors, LLC.

Eastern Exteriors, LLC is a family-owned company based in Frederick, Maryland. From new roof installation and roof repairs by professional roofers to premium window installations and expert siding installation, we are a full-service exteriors and contractor roofing company. And, if storms blow your way, we’ll be there to assess and repair the damage quickly.

This Site Is Protected By
ShieldPRO →